Prior to this, due to injuries, Dortmund’s main goalkeeper Burki has not been able to play. After returning, Burki has four games as a substitute. Although Zork believes that Burki is still Dortmund, the attitude of coach Favre is not so determined. 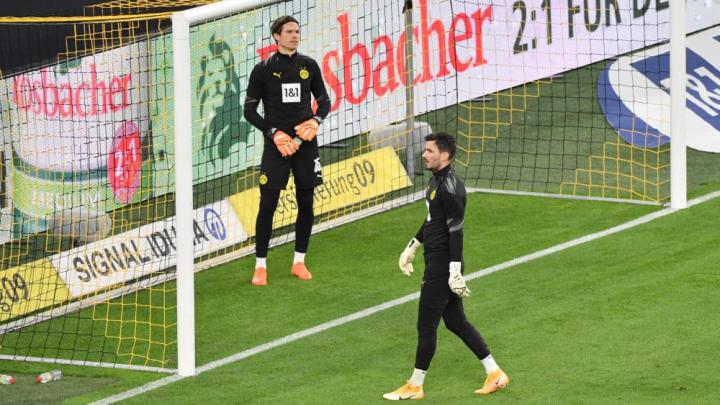 Before the Ruhr Derby started, Zork made it clear to the media that Burki was still one of Dortmund: "We have stated many times that Burki was ill at first, and then he was absent because of injuries. During his injury, Hitts did a great job, but now Burki is back in front of the goal. He is one of ours. Burki has been one of ours for many years, and in my opinion there is no reason to do it Change. Of course, the final decision depends on the head coach."

"Burki got injured first, then got sick." Favre repeated this (the two described the order in reverse, translator's note), and then he said, "We need to look again. Every position has competition. . They have their own work to do, and so do I."

"We have two outstanding goalkeepers." Favre said. When asked by reporters whether one might be replaced at any time, Favre replied: "I don't like your question."